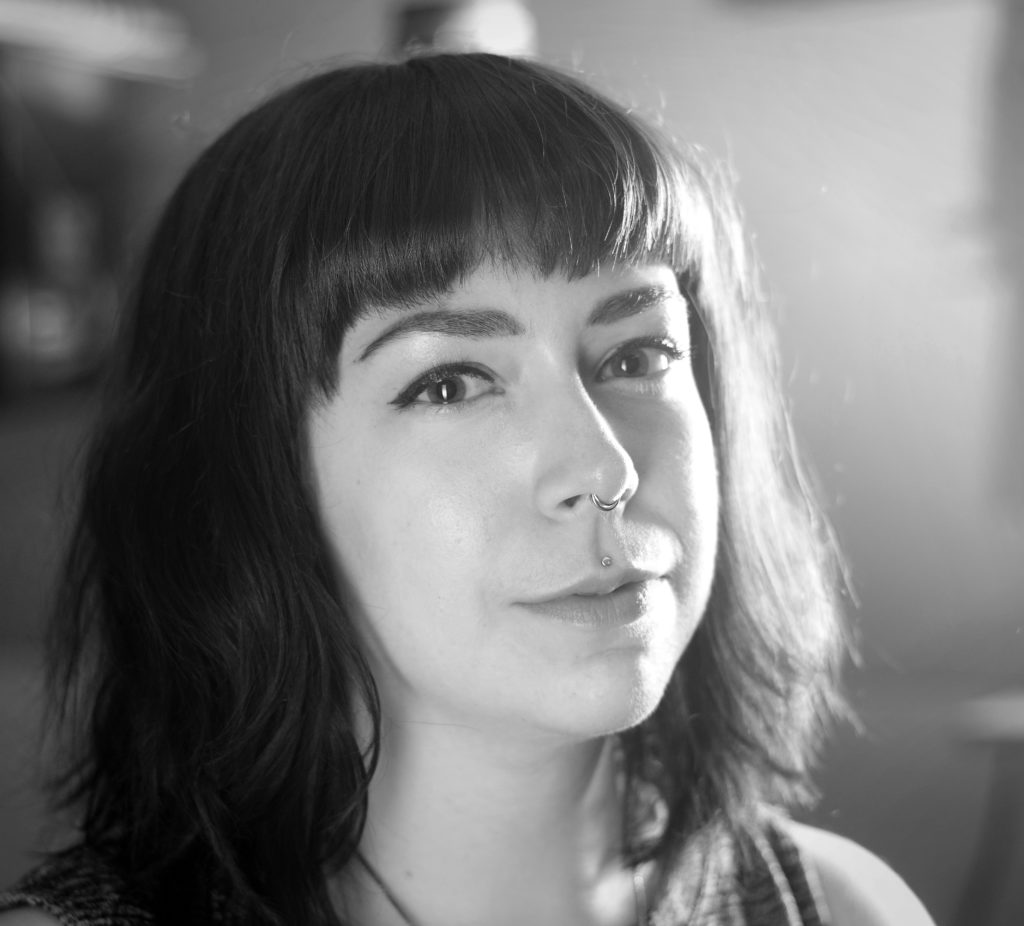 Holly Pickering is a master’s student in Digital Humanities, and Library and Information Studies at the University of Alberta, situated on Treaty 6 territory in amiskwaciy (Edmonton, Alberta). She is primarily interested in the relationships between cyberlaw, neoliberalism, and intersectional feminism, particularly with respect to intellectual property and information laws, the open-source movement, and the production of DIY and remixed culture online. She also works through the use of critical pedagogy and media literacy, and is interested in the use of libraries as educational and open-source spaces that enable citizens to critically produce and consume media. Additional research interests include electroacoustic music production and history, deep listening, experimental music, research creation, critical race theory, critical disability theory, queer theory, social and transformative justice, sustainable energy futures, ecofeminism, and decolonization. She is also an artist and community organizer as an active member of the house and techno collective Connect YEG, as well as a board member of New Music Edmonton. As “sodium light,” her electroacoustic music and multimedia arts project, she released her debut album “gauze, ballast” on June 8, 2018.