Are we going to be totally screwed by climate change? 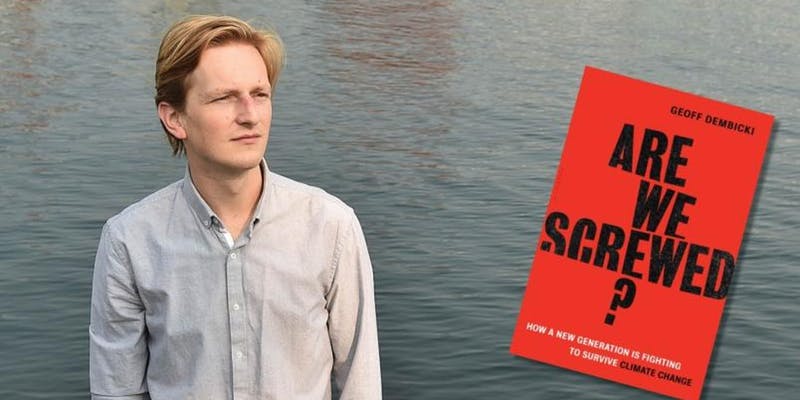 As wildfires rage across the west, it’s clear climate change is getting worse. But with B.C. and Alberta ready to kill each other over pipelines, our leaders seem unable to address the crisis with the urgency it requires. Geoff Dembicki draws from his travels to the 2015 Paris climate talks, a Philippines city destroyed by a typhoon, a Republican social club in Washington, DC, and other locales to answer this era’s defining question.

Who is Geoff Dembicki

Geoff Dembicki is the author of Are We Screwed? How a New Generation is Fighting to Survive Climate Change, which won the 2018 Green Prize for Sustainable Literature and the 2017 Dave Greber Freelance Writers Award. He is a regular contributor to VICE and The Tyee and his work has also appeared in the New York Times, the Guardian and Foreign Policy.