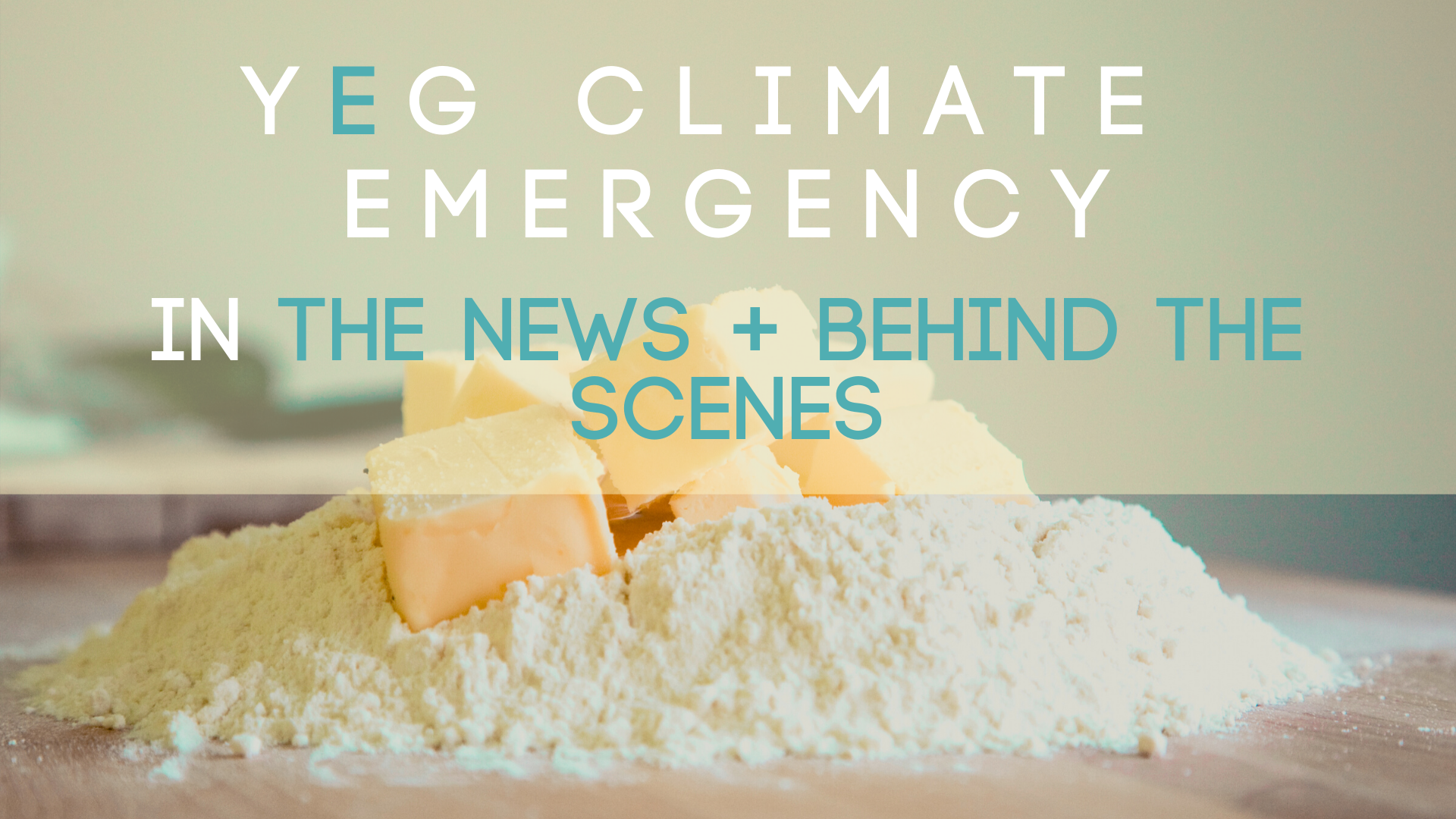 There are so many exciting things happening in the City of Edmonton these days RE climate change and energy transition!

And these ^ are only some of the events organized by an amazing coalition of activists working together in thoughtful and collaborative ways.

But what won’t make the news are Extinction Rebellion’s weekly meetings, or its art-making get-togethers. No one usually reports on Climate Justice Edmonton cooking to support their organizers, or the way the Beaver Hills Warriors blocked heckling at the climate strike in September. What’s also maybe underreported is the work of Edmonton’s Energy Transition and Climate Adaptation teams.

On iDoc, Sheena Wilson and the Just Powers team had the pleasure of interviewing several of the employees working behind the scenes in City offices. We learned that Edmonton has been trying to move forward on climate response since 1997, and that their work is often underrepresented. We asked them about this earlier this year:

“I think people are often shocked, like how many things we’ve got in place when they look at what we’re doing because they haven’t heard of Edmonton being that before [in] the heart of fossil fuel country. How can [we] possibly be taking climate change seriously? So I agree with you. I think there is this weird perception out there that we aren’t doing much and I hope we can start to change that.”

In fact, many already recognized a climate emergency prior to August 2019 — and one employee pointed out specific urgency for the Edmonton area:

“When I tell people that [we’re] already at 1.7 degrees Celsius and the world was trying to stay at 1.5, they’re like, ‘I can’t hold those two ideas in my head. What do you mean? We’re already at the emergency?’ We’re at the emergency [but] it’s a long, slow emergency. So you don’t see it. And when you talk about a 1.5 degree world, that’s a 4.5 degree world in Edmonton. That’s a complete ecosystem shift.”

“We have one of the highest carbon footprints on the planet here in Edmonton.”

For the most part, though, their earlier work (foundational in much of the environmental policy alive today) has not been widely publicized:

It’s easy for us to assume that we’re alone in addressing climate change:

But folks at the City, at least, are working as hard as they can in a bureaucratic system that was not designed to address urgency:

“Definitely, I feel there’s a lot of pressure on me to act quickly on things and I am in an environment that’s purposely designed to act slowly.”

What they need is your support. One interviewee expressed their frustration with earlier lack of interest, and said they would encourage citizens to engage more directly:

“I am tired to speaking to an empty room when I’m at Council…At times at the City, you’ll have a full City Council about a multifamily dwelling that’s going up on the corner of a mature area, and you’d be able to fill the room. You’re talking about changing the very world that we live in and there’s not one person in there. So when you want to talk about what you can do as a resident of Edmonton it’s– yeah, be active, politically, show up.”

“Every new building that’s built by 2030 will be net zero, but that being said, we have a huge amount of existing building stock that we are also going to have to try to get to that net zero standard, which is much more challenging than building it that way to begin with. So, that’s where a lot of my work in the future is going to be: How do we convince people that climate change is imminent enough that they actually have to do something about the structures that they live in, whether that’s a condo, or an apartment, or a single-family home? That’s going to be a big challenge. In Edmonton, about 20% of our emissions come from residential homes.”

“We’ve lost…that ability to just say ‘We can do it. We can get there if we want to,’ right?…If there’s something that we know we should be doing as humanity, then let’s get to it already, and let’s figure out what are those roadblocks, and let’s put those actions in place that needed to happen.”

Stay tuned for our iDoc archive, which will be published in the next couple of months with over 200 interviews and clips on energy transition, climate change, and climate resilience!